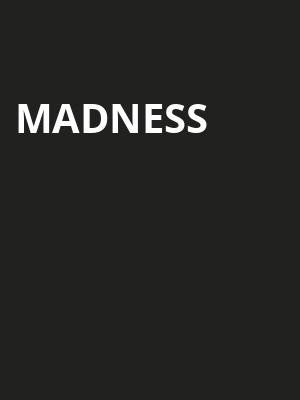 Old or new, the songs blend ska, pop, observations and British humour to document a changing Britain. Long may they remain

Counted alongside the Specials as one of the pioneering bands of the 70s and 80s ska-revival wave, Madness has spent their celebrated career re-inventing themselves whilst leaving behind an extraordinary sonic legacy in their wake. Over four decades after the release of their 1979 debut album One Step Beyond... the Camden, England outfit is hitting US shores, playing a slew of North American dates for the first time in eight years.

Celebrating the 40th anniversary of their first record, much of the band's original line-up is getting back together for the hotly anticipated jaunt, including Graham 'Suggs' McPherson, Mark Bedford, Chris Foreman, Lee Thompson, Dan 'Woody Woodgate, and Mike Barson. Known for their high-energy shows and convivial, party-starting antics, the group will be dusting off groovy hits like House of Fun, It Must Be Love and Our House. Wear comfy shoes and get ready to skank!

Sound good to you? Share this page on social media and let your friends know about Madness at Fox Theatre Oakland.